JUNE 2017 ATHLETES OF THE MONTH 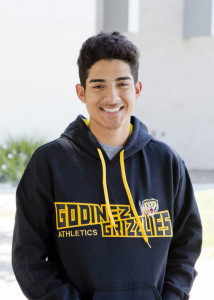 “Jorge Carreno has done an outstanding job for the Varsity Baseball team this year.  Jorge is our Tuesday starting pitcher and has done an excellent job for us.  He has thrown over 40 innings this season, and 30 of those innings have been in league.  This is quite a feat when you consider Jorge has battled back issues all year.  Jorge has been fearless with his approach on the mound this year, and it has been impressive watching him compete day in and day out.  With 2 more starts left for him this season, I am eager to watch him perform and be successful!  It is with great pride that I nominate Jorge Carreno for the June Athlete of the Month.” 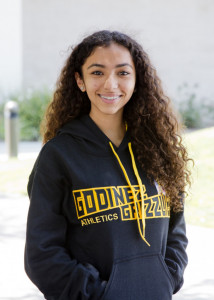 “Giselle is being nominated because she is not afraid of doing what it takes to make herself a better athlete.  Giselle is one of only two sophomores on varsity, but she does not let that stop her from doing her best.  Giselle is fearless and enjoys learning new skills, no matter how difficult they may be.”  Coach Prawl 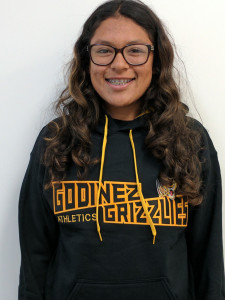 “Samantha is every coaches dream player.  She is a standout student and athlete, taking 4 honors classes and maintaining a weighted 4.6 gpa.  On the field she strives to be the best she can, just like in the classroom.  As a team mate she is always willing to help another team mate.  Whether she is having a good or bad day you can never tell.  Samantha was awarded first team all league in her freshman year which is not easy.  Sam is only a sophomore and I am looking forward to the next 2 years with her.  She has only great things ahead of her.”   Coach Medina 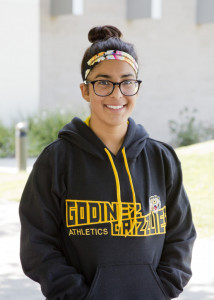 “Giselle Grande is an amazing young woman who I am ecstatic to have on our team. Giselle decided that she wanted to learn how to swim so she joined the swim team after she completed a fantastic wrestling season. Since February not only has she learned to swim but she has become a prime member of our JV swim team, often swimming in the maximum number of races allowed. She has mastered all but one of the strokes and often competes in a variety of freestyle, backstroke, and breaststroke events. She is supremely committed to getting better, never having missed a practice and always quick to ask for help and take instruction have really lead to huge leaps in improvement over the last 3 months. Her athleticism and her desire to get better will have huge impacts on both her wrestling and swim career here at Godinez, but it is her laughter, her dedication, and her hard work that will form the base of a strong character that will serve her well beyond the walls of this high school and off the pool deck. It is with pride that Coach Lee and I name Giselle Grande our awesome Athlete of the Month for June.”    Coach Morris 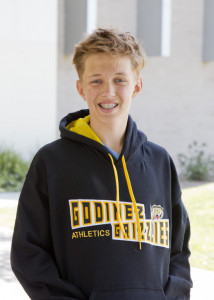 “William Feuerborn is one of only 4 freshmen boys that joined the swim team this year. He has been in the pool with us through the summer and through boys’ water polo season, but it is during this past swim season that we saw the biggest improvements. Will was quick enough to earn a spot on the varsity 12 by 50 free relay during the Santa Ana Relay meet this year and wowed us with his super-fast time of 28.92 seconds. This is remarkable considering during his first swim meet in March Will swam the same distance in 32.21 seconds. A drop of more than 3 seconds on such a short distance in such a short amount of time is a testament to Will’s hard work during practice. Will’s dedication to his own stroke work also lead him to 2 5th place finishes in both the 200 freestyle and the 50 backstroke at the Orange Coast League JV Championships this past week. We are looking forward to seeing what Will brings to the pool over the next 3 years.”    Coach Morris 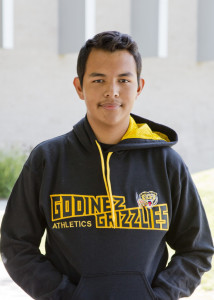 “Jose Soto has improved steadily all season long.  He has learned to be a good team mate, playing with different partners throughout the season.  At one point he played with 3 different partners in a one week span because of illness to his original teammate and an injury to another.  He helped his team to the championship round of league finals despite only having played together once.”  Coach Cortez 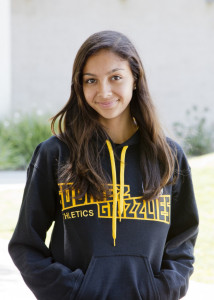 “Natalie has grown so much this year and we are extremely proud of her.  As a freshman, she competed at the varsity level and did very well.  She holds a place on our 4×4 and 4×1 and performs very well in the 200 and 400 respectively.  We are very excited about her continued participation in our program for the next three years!”  Coach Echaves 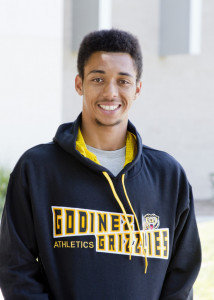 “Marcus is an amazing young man, and a tremendous competitor.  He performed marvelously at the Orange Coast League Championships on his way to earning Athlete of the Month.  He has been a great leader for our program the entire season.  He brings energy and drive to every single practice.”  Coach Echaves 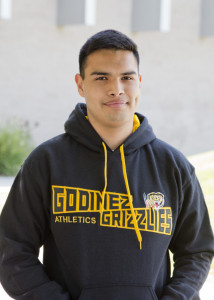 “Gabriel Cisneros is such a deserving young man for athlete of the month.  As our setter he has the most difficult job on the team and he handles the pressure with ease.  He works hard every day and never ceases to amaze me with his resilience and commitment to excellence.  I could not be more proud of anyone on our team.  Way to go Gabriel!”   Coach Koeler

No Events This Week

Events are added by athletic staff.
View All Events