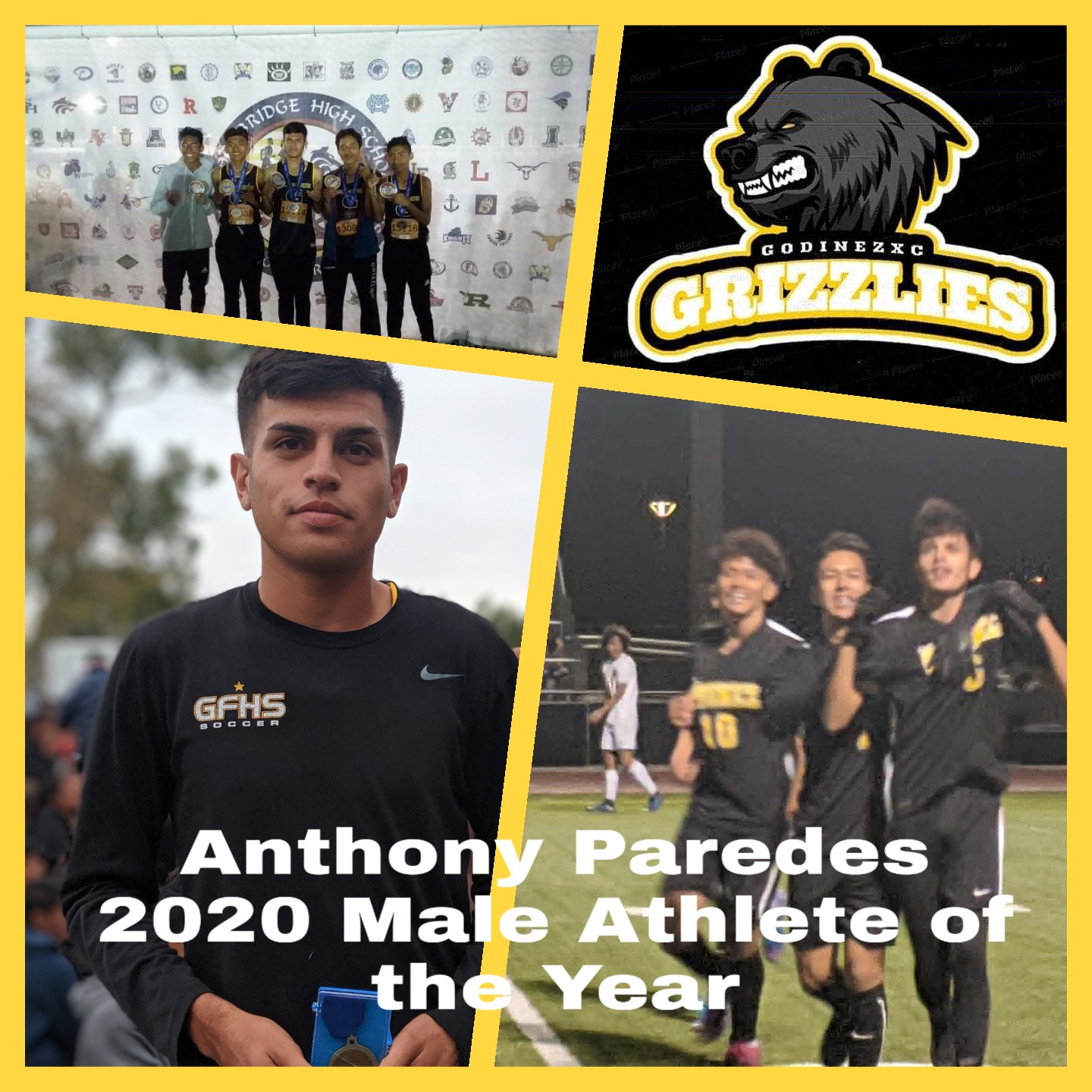 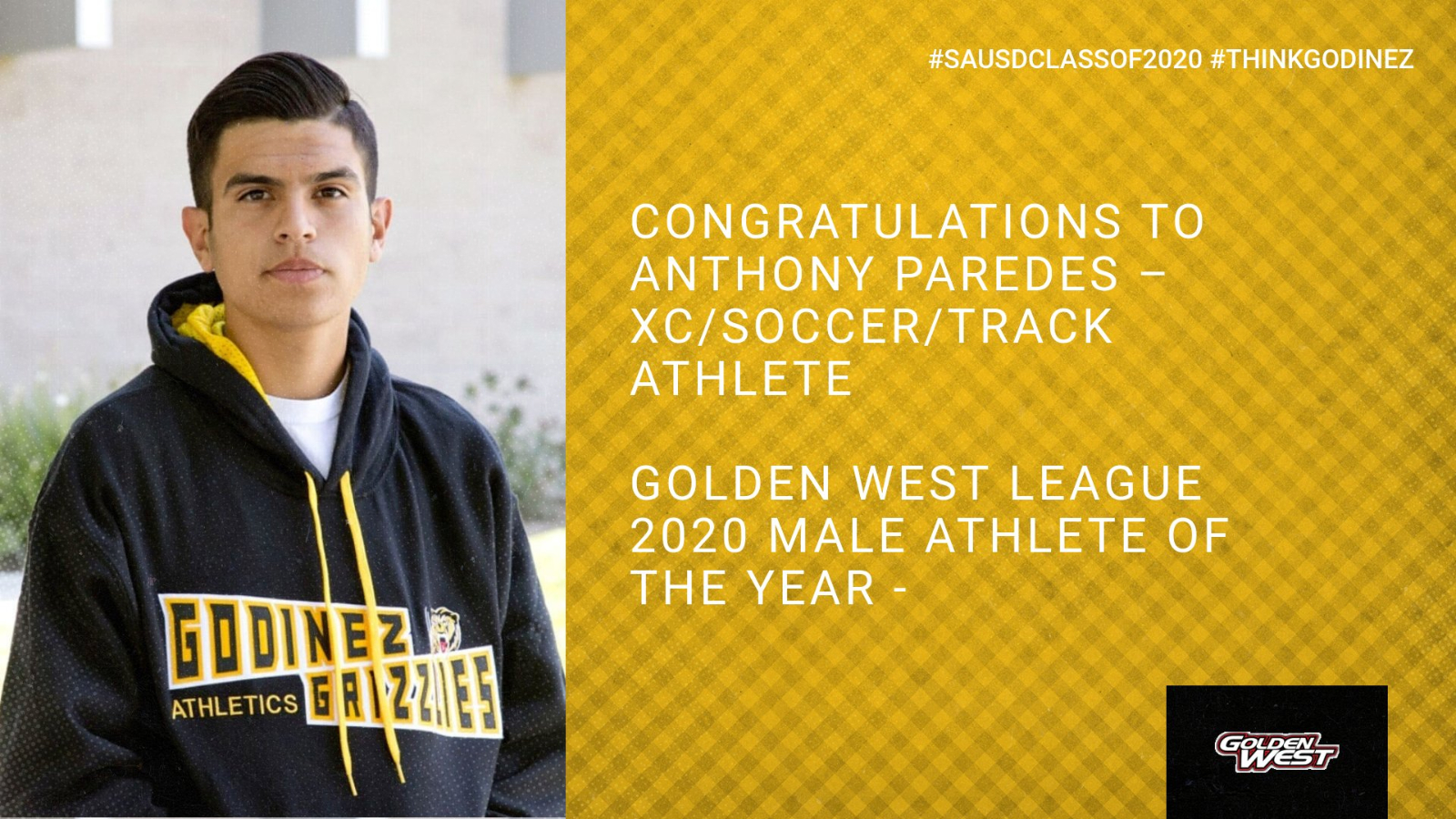 It’s truly amazing how fast 4 years go by and it has been quite a ride for Anthony Paredes, who has been selected as the Class of 2020 Male Athlete of the Year for both Godinez & the Golden West League!

Anthony has been selected due to his superior athletic abilities as a long distance runner with tremendous speed on all playing surfaces whether a rugged cross-country course,  an astro-turf soccer field or an all-weather track.  Simply put – Anthony has incredible footwork.  Undeniably, he is the type of athlete that every coach wishes to have in their program.  Anthony is quite good at playing the extremely important role on an athletic team of the competitive compassionate captain; a true TRIPLE THREAT in Cross-Country, Soccer & Track.  He’s the quiet hard working type who turns on his turbo jets when they are most needed; a quiet unassuming individual who does the work, enjoys the competition and is the perfect example of sportsmanship.  It’s Anthony’s true nature to rise to the athletic occasion.  Clearly, this is why he is THE CLASS OF 2020 MALE ATHLETE OF THE YEAR, not only for GFHS, but also for the GOLDEN WEST LEAGUE.  A phenomenal high school athletic accomplishment!!!!  We are so proud of you!!

CONGRATULATIONS ANTHONY!  Thank you for wearing the Godinez jersey and being part of our family!!  It has been my pleasure and honor watching your growth and success over the last 4 years.  As a 3 sport athlete, Anthony has amassed a lot of hardware from his cross-country and track efforts and he has played a large part in helping to secure league championship banners in all 3 sports.

During this year’s fall cross-country season Anthony won both the Golden West League Individual  & Team Championships.  Regretfully, the spring sports season shutdown cut his senior season track efforts off before they really began, but I am confident Anthony would have been at his best yet.

“Anthony Paredes was this year’s Cross-Country Golden West League Champ, making him Athlete of the Year, and part of the team that qualified to CIF-SS finals for the first time in school history.  He was also awarded the MVP for our Cross-Country team.  Anthony has been fundamental to our XC and Track teams these past 4 years.  He wanted to finish the year by breaking the school mile record, competing at the CIF-SS finals and beyond.  Although he didn’t get to finish his high school running career as imagined, he is still raw and has so much more to show.  I have no doubt that he can be an elite runner if that’s what he sets out to do.  Anthony will surely be missed by his teammates and coaches.  He wants to continue competing at the college level and I know his impressive talent plus his work ethic will take him far.  Anthony is a great person to get to know and an amazing athlete to coach.  I wish him the best in the future as both a student and an athlete.” 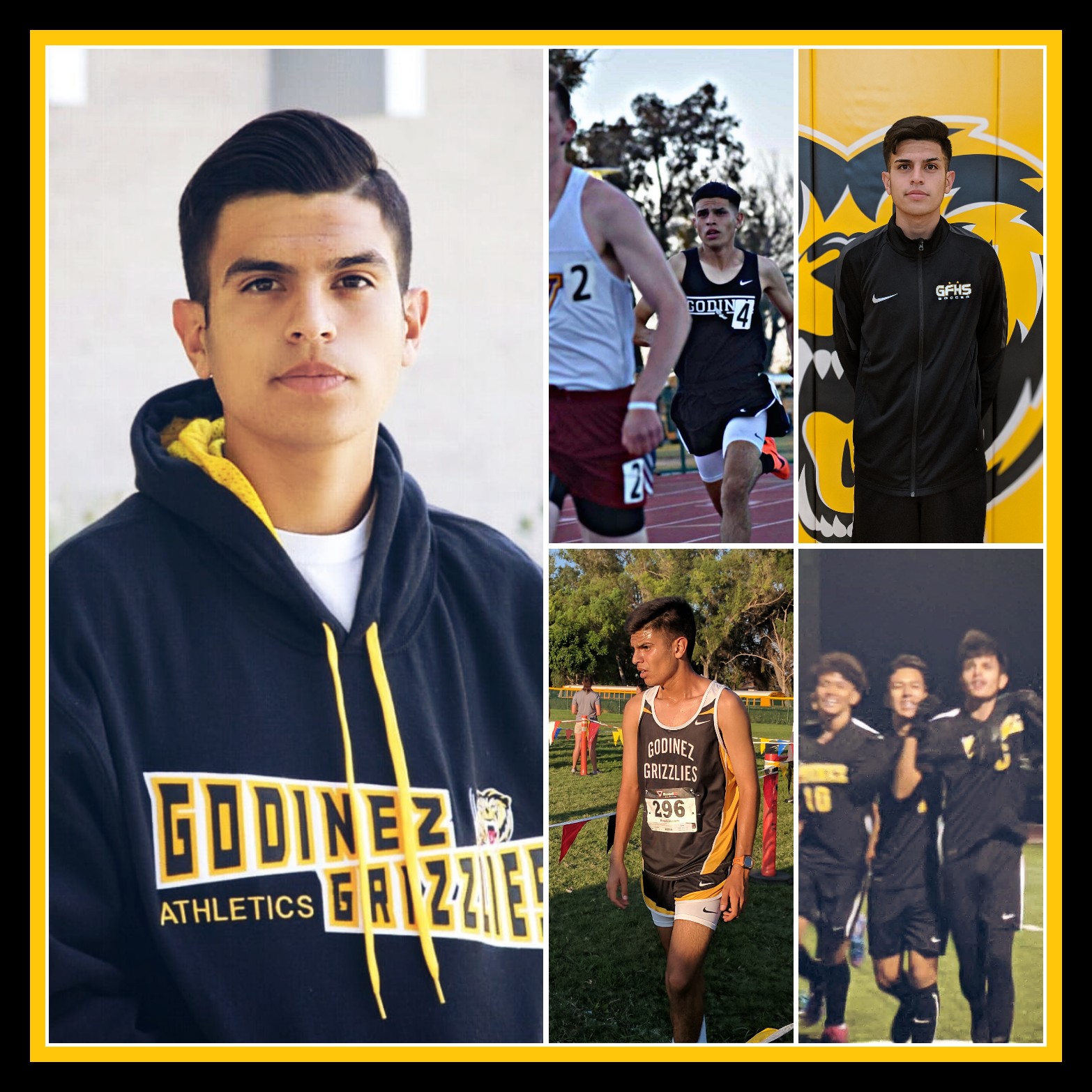 Anthony plans on initially attending a junior college and is currently considering Orange Coast College or Mt. SAC.  He would like to pursue a degree in computer engineering while continuing to compete as a long-distance runner.  Anthony would like to ultimately compete in the NCAA.  His advise to upcoming Grizzlies is to “make the best of the 4 years you have at high school!”

Anthony has these words to share with the Godinez Staff:  “I would like to thank all Godinez Staff and also the Athletic Department for letting me become a scholar-athlete and represent Godinez across my chest in all those tough soccer games and races.” 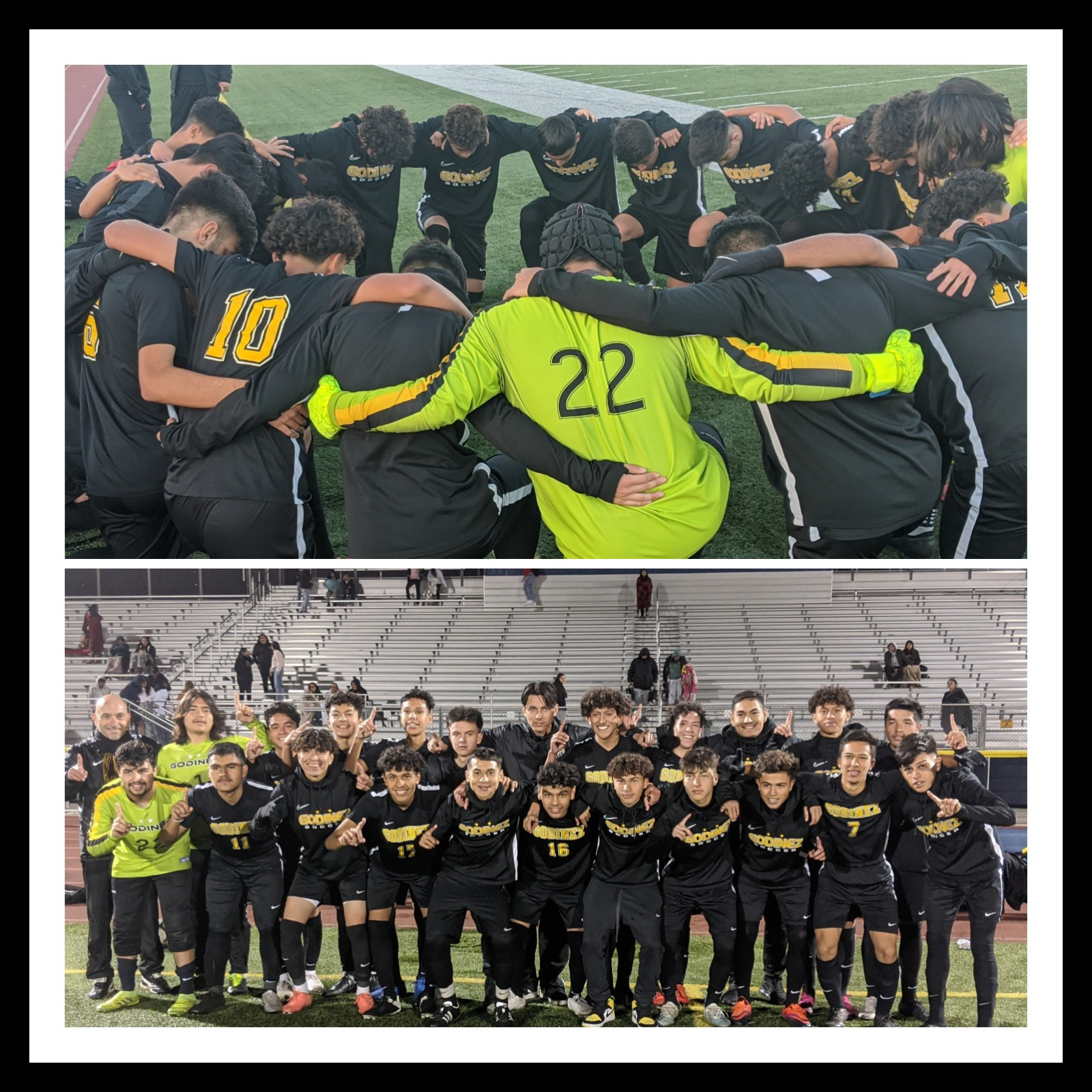