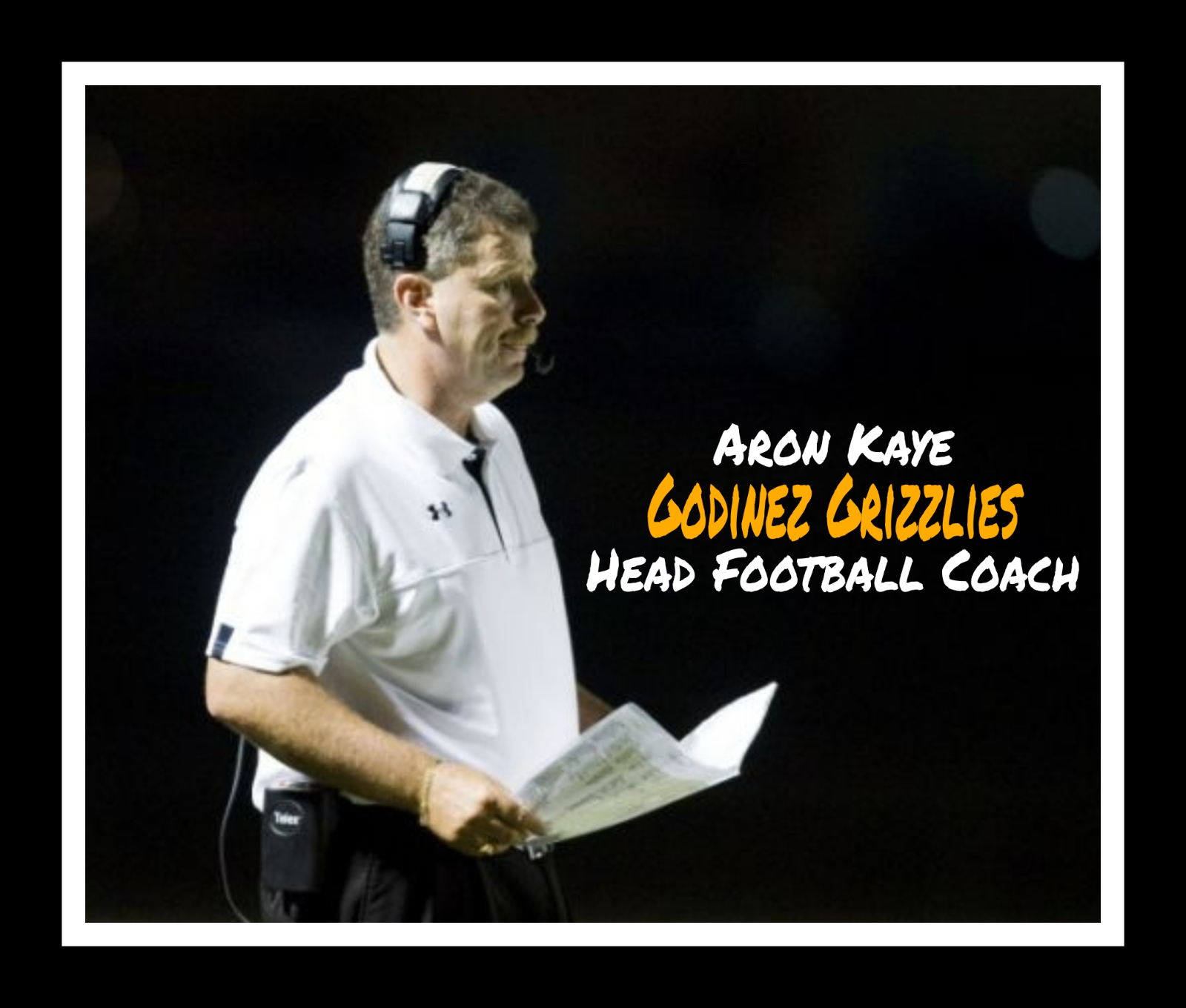 Godinez welcomes back original Grizzly, Aron Kaye as the head football coach.  Coach Kaye is the original football coach upon the school opening and in the position for 8 years until a change was made.  Since then there have been numerous Griz head football coaching changes and Coach Kaye is now back in the position to help bring back the program after this Covid year of football shutdown.  Our student-athletes, parents, faculty and staff are excited about getting our football program back up and running for competition under the direction of Coach Kaye.

A native Californian, Coach Aron Kaye grew up in Anaheim and attended Loara High School, where he fell in love with the game of football, graduating in 1985. Aron received his bachelor’s degree (January, 1990) and his Masters’ degree (May, 1998) in history from Cal. State Fullerton and his teaching credential in social studies from Chapman College. He and his wife Jane live in Irvine. They have two grown children, Lauren and Richard of whom they are very proud.

Aron began his coaching career at Loara where he coached for 6 years before moving on and beginning his teaching career at Lakewood High School (Lakewood, Ca.), where he spent three years as the Offensive Line Coach and Head Junior Varsity Coach. He then moved on to San Jacinto High school, serving as Athletic Director for two years. Aron returned to Lakewood where he held various coaching duties including Defensive Coordinator for two years. His next stop was Millikan High School (Long Beach, Ca.), serving as Offensive Coordinator and Quarterback’s coach before becoming the Head Football Coach at Cerritos High School in 2004.

Aron opened and was the Head Football Coach for our first 8 years at Godinez where the Grizzlies made 3 CIF SS playoff appearances. An “Original Grizzly,” Aron has continued to teach World History and Advanced Placement European History here at GFHS. After he left Godinez, Aron was the Co-Defensive Coordinator and offensive line coach at Irvine HS, where he coached the last 4 years. He has spent the last two years as the Defensive Coordinator at University HS in Irvine where he just completed his 35rd year of coaching.