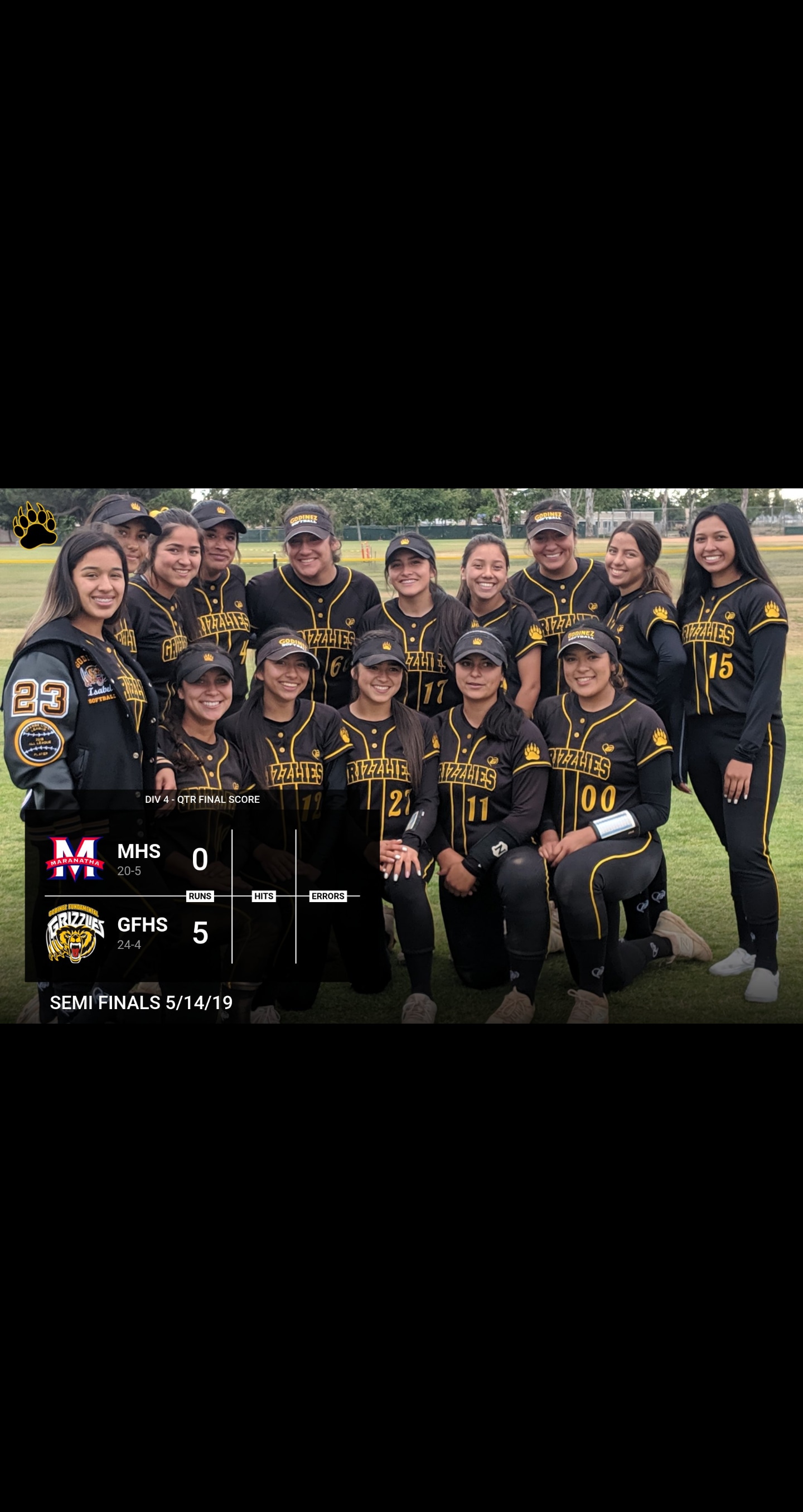 The Grizzlies played with a lot of heart and a total team effort against Maranatha in the D4 Quarter Final round on Tuesday. Savannah Pola led the team with a homer at the start of the 1st inning off of MHS pitcher – Devyn Netz.

In the 3rd inning, Savannah singled and stole second to set up her big sis, Keana Pola to drive her in with a single and increase the Griz lead 2-0. Natalie Carlos continued to pitch a great game and retired Maranatha’s line up.

In the 5th inning, Savannah once again singled, and stole 2nd base when her big sis came to the rescue again with a big double hit to drive her in again! Natalie then followed it up with an RBI single to sent Keana in for another run.

In the 6th inning, Mia Saucedo got on base on a fielder’s choice and then scored on a double hit by Liana Gonzalez! The Grizzlies went ahead 5-0 going into the top of 7.

Carlos then retired the Maranatha batters T7 to end the game and secure the Godinez win! Great job by Natalie in the circle!!

The Grizzlies advance to Semi Finals on Tuesday, May 17th against Culver City HS. The game will be played at Culver City HS with a 3:15pm starting time. Their softball field is located in the back of the school on Harter Street. There is a parking lot near the softball field. Hope to see a lot of fans at this game as I’m sure you will not want to miss it!!

No Events This Week

Events are added by athletic staff.
View All Events